A cannoning right-foot strike by Awer Mabil﻿ propelled Australia to victory in its opening friendly against New Zealand on Thursday night, but coach Graham Arnold was tight-lipped when asked if his heroics had punched his ticket to the World Cup.

In the Socceroos’ final match on Australian soil on the road to the World Cup in Qatar, it was a superb shot by Mabil in the 32nd minute that lifted the hosts to a 1-0 win at Suncorp Stadium.

After Jackson Irvine passed the ball to Mabil near the centre circle, the﻿ 27-year-old beat a New Zealander on the left-hand side of the pitch and let rip from just outside the penalty arc, sending a low shot rocketing into the nearest bottom corner. 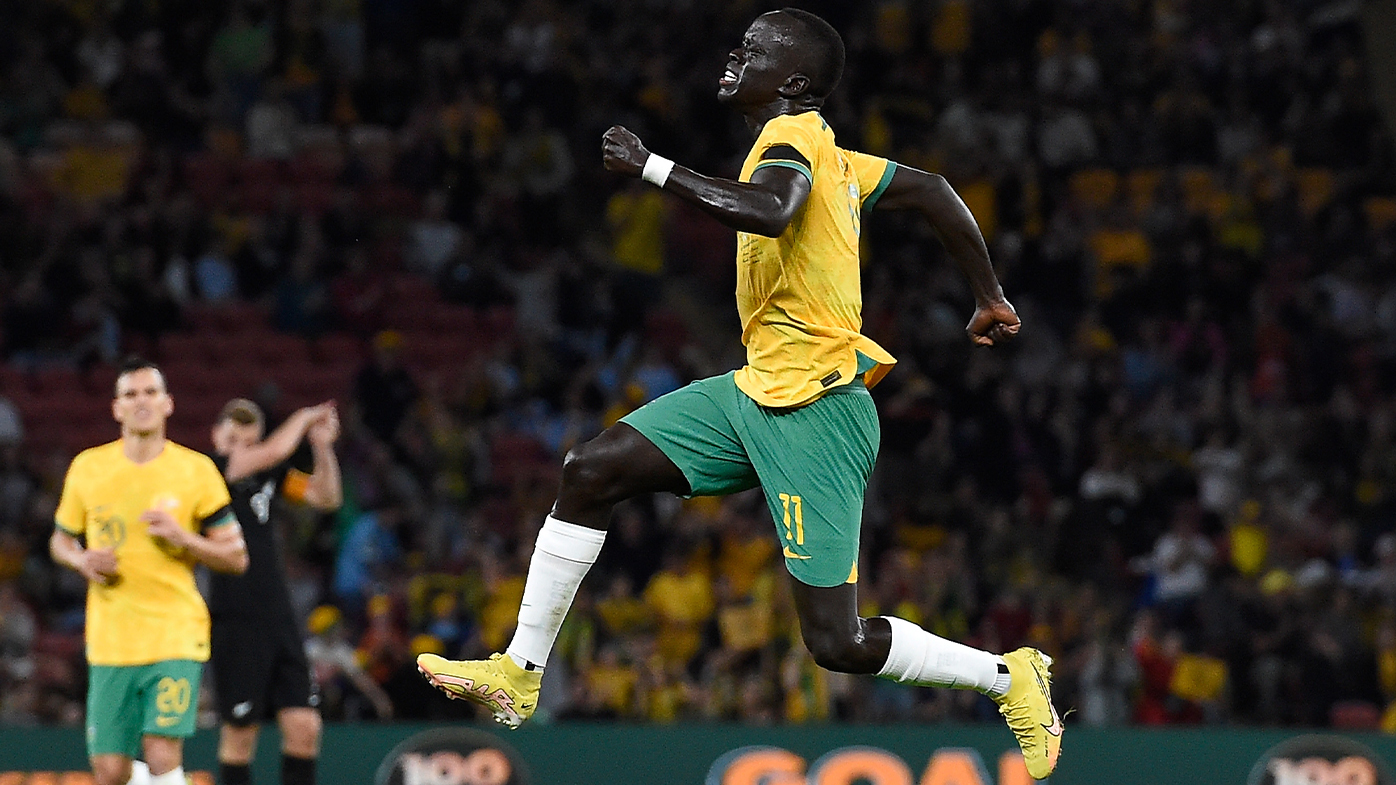 Following a match punctuated with a series of botched shots on goal, the Socceroos had Mabil to thank for victory in the first game of the two-match series.﻿

But when Arnold was asked on Channel 10’s post-match coverage if Mabil’s brilliant goal had secured his place in Australia’s World Cup side﻿, the Socceroos tactician dodged the question.

“We’ve still got a long way to go,” Arnold said with a laugh.

“But as we’ve said, New Zealand just got beat my Costa Rica (in a World Cup qualifier) and they could have easily qualified.

“Tonight was a great goal by Awer, we could have scored a couple more and we need to be a bit more ruthless.

“But overall, we changed the way we play and (went) pretty much man-on-man over the whole pitch to get more effort and more energy.” World Cup selection for Mabil would rubber-stamp a remarkable journey﻿ that began in a Kenyan refugee camp, where he was born to South Sudanese parents in 1995.

The winger is in the first year of a four-year deal with La Liga club Cádiz and said he was “working on a few things” with his new outfit on the cusp of the World Cup.

“I need to adapt to my club side and then get more game time — that I would like,” Mabil said.

“But it’s all a progress.

“I think I’m on the right track to develop and be at (a) good level when it comes to the World Cup.﻿”

Australia will meet New Zealand at Eden Park in the second friendly on Sunday.