Early controversy rocked Queensland Country Bank Stadium﻿ when the Eels were given a leg-up by what appeared to be a forward pass in their preliminary final against the Cowboys.

A chorus of boos rung out after Parramatta centre Will Penisini scored the opening try in Friday night’s clash.

The home fans were clearly ropeable that a suspect Mitchell Moses pass early in the play was overlooked.

“The crowd doesn’t like it,” Paul Vautin said on Nine’s coverage. 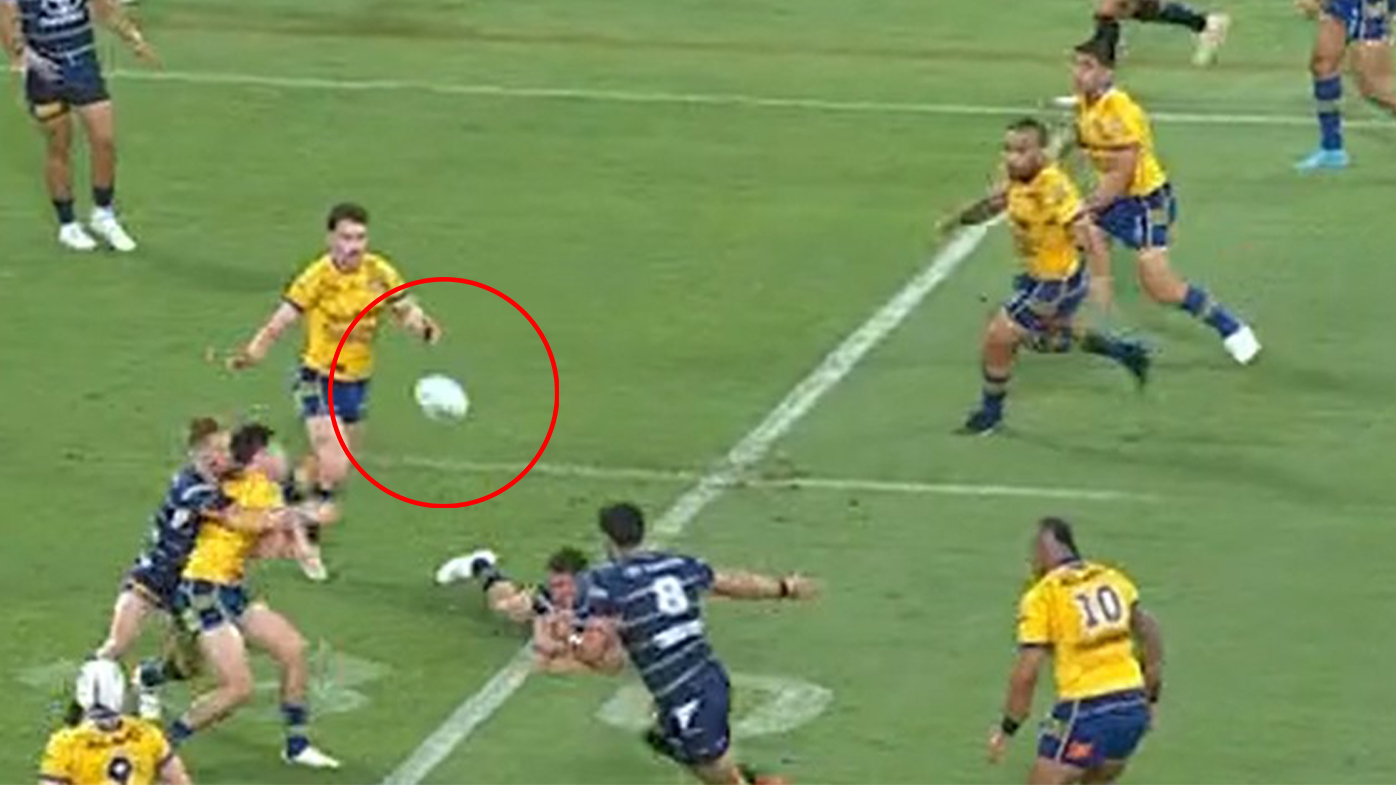 The forward pass was missed by both the referee and touch judge, and the Bunker cannot ruled on forward passes.

“We might find this ball travelled about a metre and a half forward, but we can’t judge on that after the fact,” Cameron Smith added.