Pittsburgh Steelers rookie receiver George Pickens expressed frustration about not getting the ball during a loss to New England last week, saying he was open “90 per cent of the time”.

Quarterback Mitchell Trubisky finally hit him with a long ball in a loss to the Browns, but it took a spectacular one-handed catch by Pickens for a 36-yard gain.

However, as great as it was, it mattered little in the end as Pittsburgh came up short against the Browns.﻿

Jacoby Brissett threw two touchdown passes, Nick Chubb ran for a score and Cleveland bounced back from its epic meltdown by finishing off the rival Steelers 29-17.

“We had the right men in that room to be able to get past it,” Brissett said, “and I think we answered that call. We knew it wasn’t going to be easy. The guys answered the bell.”

The Browns built a nine-point lead early in the fourth on Chubb’s one-yard run and then held on for dear life.

The Steelers pulled within 23-17 on Chris Boswell’s 34-yard field goal with 1:48 left before Pittsburgh attempted an onside kick.

But unlike in Sunday’s 31-30 loss, when the New York Jets overcame a 13-point deficit in the final 1:55 helped by a recovery, the Browns batted the ball out of bounds. 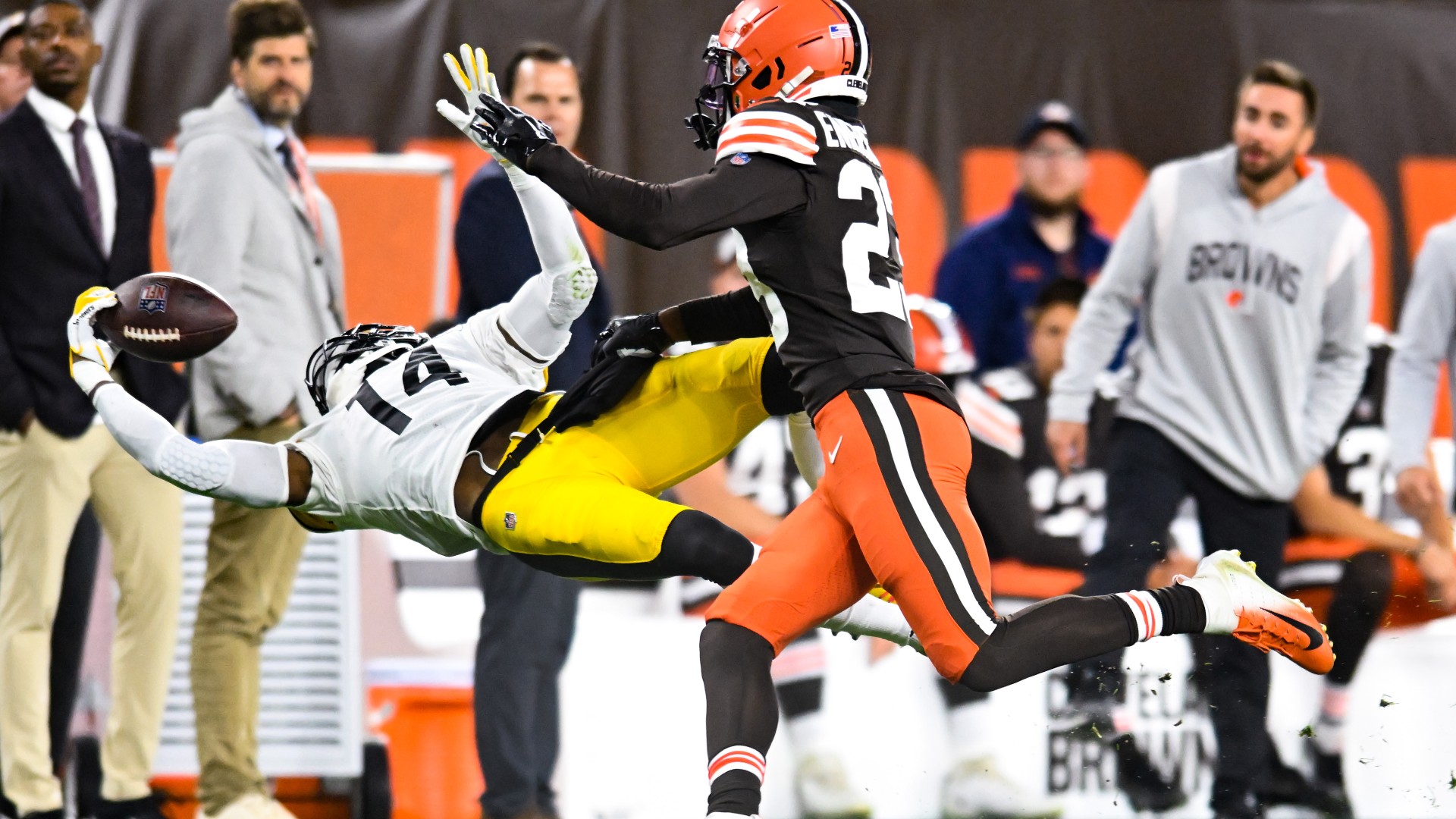 For a split second, it looked like Sunday all over again.

Browns coach Kevin Stefanski was asked what he was thinking as the ball bounced around near Pittsburgh’s sideline. He paused for six seconds before answering.

Cleveland fans could finally exhale when cornerback Denzel Ward fell on a Steelers fumble in the end zone on the final play for a meaningless touchdown.

‘One of the bravest efforts’ rockets Eels to GF

How the Swans can snap Cats’ streak in GF