‘One of the bravest efforts’ rockets Eels to GF

S﻿ixty-three minutes into the Eels’ preliminary final against the Cowboys on Friday night, Parramatta fans had their heads in their hands.

A minute later,﻿ their hands were hoisted above their heads in celebration of a go-ahead try that ultimately sealed Parramatta’s place in the NRL grand final.

Mitchell Moses botched a golden opportunity to level the scores at 20-20 through a penalty goal, but the Eels then stole the lead through a Maika Sivo try, sending Parramatta supporters delirious. 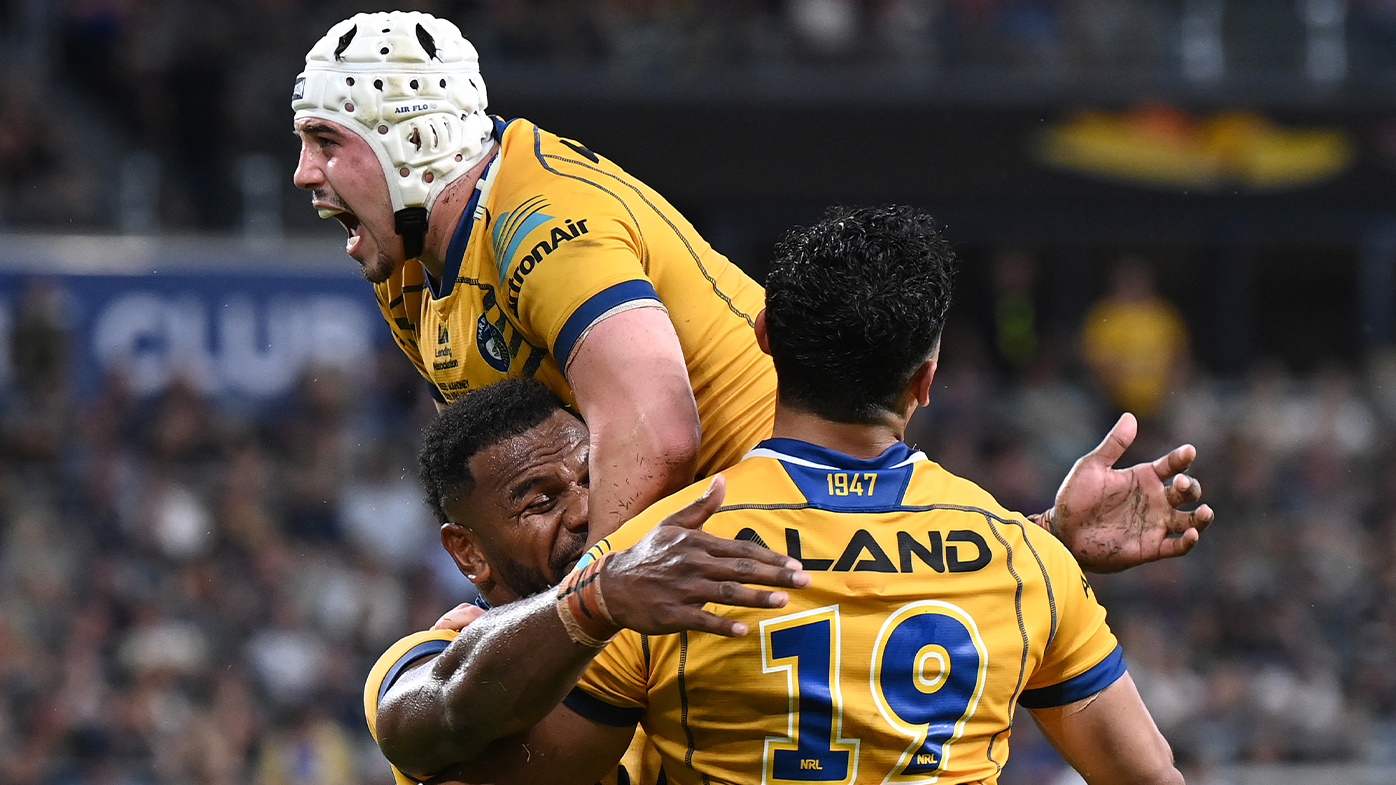 After weathering a fierce Cowboys attack over the dying minutes of the match in Townsville, the Eels chalked up a 24-20 triumph to reach their first grand final since 2009.

More significantly, Parramatta has put itself within one win of securing the club’s first premiership since 1986.

“That is one of the bravest efforts by a team, and it’ll put them in great stead for next week,” Andrew Johns said on Nine’s post-game coverage.

The Eels’ hopes appeared grim when the Cowboys scored a try and converted to establish a 20-12 lead in the 55th minute.

But front-rower Reagan Campbell-Gillard﻿ cannoned through a feeble Cowboys defence from close range in the 58th minute, before a Mitchell conversion closed the deficit to 20-18. 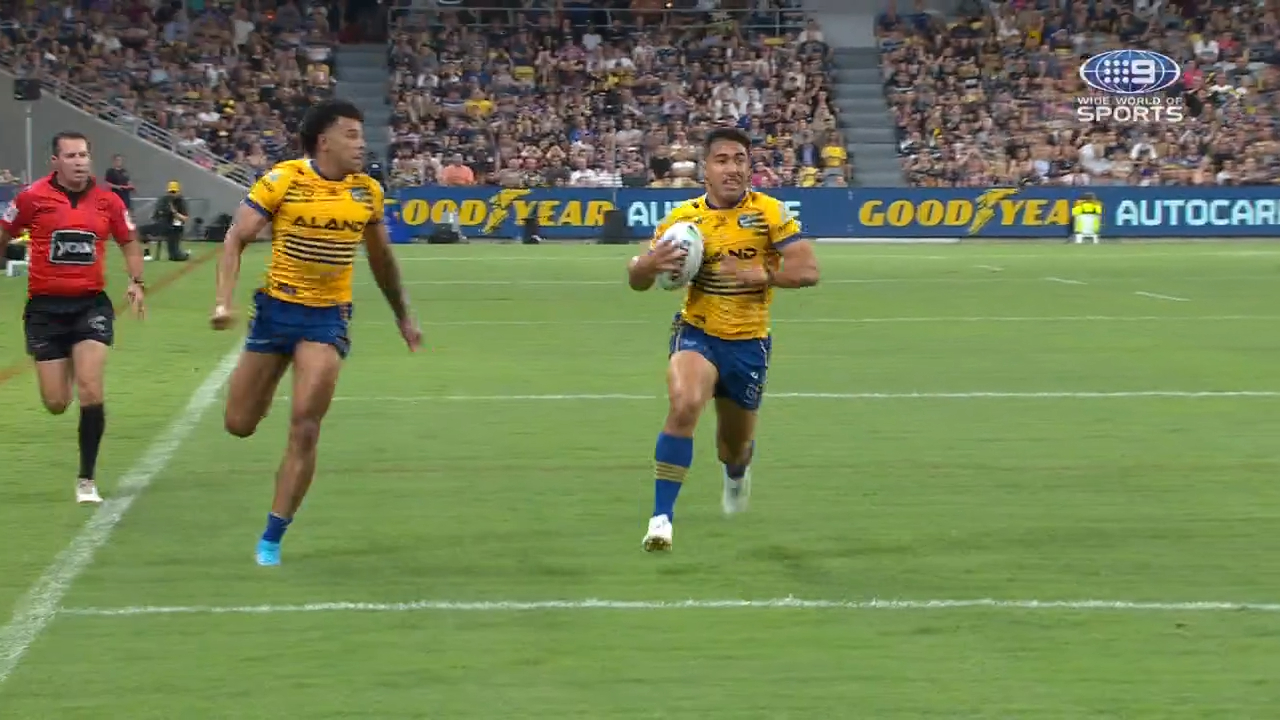 Unheralded back-rower Shaun Lane was the architect of the match-winning Sivo﻿ try — trundling onto a Reed Mahoney ball, hitting the North Queensland defence, spinning and shovelling the footy to Sivo with his back to the Cowboys.

“I was always taught when I was young, coming through, you never, ever pass the ball with your back to the opposition,” Johns said, drawing a laugh from Nine host James Bracey.

“﻿This was an absolutely beautiful pass.

“He went at the line, turned his back. 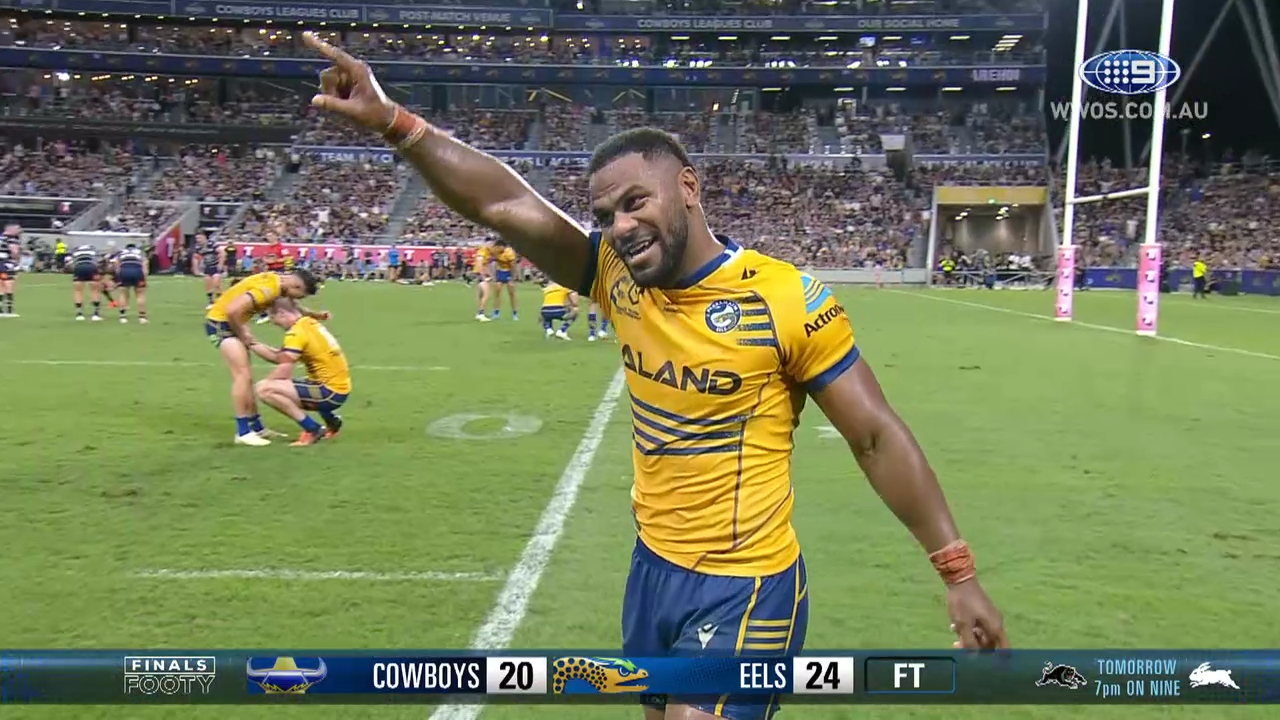 “I don’t know whether it was a speculator or not.

“I think it touched Kyle Feldt’s hand, and then Maika went over in the corner.

“I’d say all of Parramatta went absolutely bananas when that happened.”

But the Eels’ win was not free of controversy﻿.

Centre Will Penisini was awarded the opening try of the game in the seventh minute despite a dubious pass from Moses early in the play.

The Eels will meet the winner of Saturday night’s preliminary final between the Panthers and Rabbitohs in the grand final next Sunday night.