Veteran prop Marty Taupau could have been running out onto Accor Stadium tonight if not for Manly coach Des Hasler blocking several release requests.

Taupau spoke to the Sun-Herald where he revealed his frustrations at being denied a mid-season exit from the Sea Eagles this year.

The Eels were keen to bring him to Sydney’s west, and if it eventuated he could have been playing in his first NRL grand final.﻿

“It’s always the what-if, but it is sad because it could have been a possibility I was playing tomorrow night,” Taupau told The Sun-Herald.

“It was only a reality for a small amount of time, but that window of opportunity was closed by Manly. 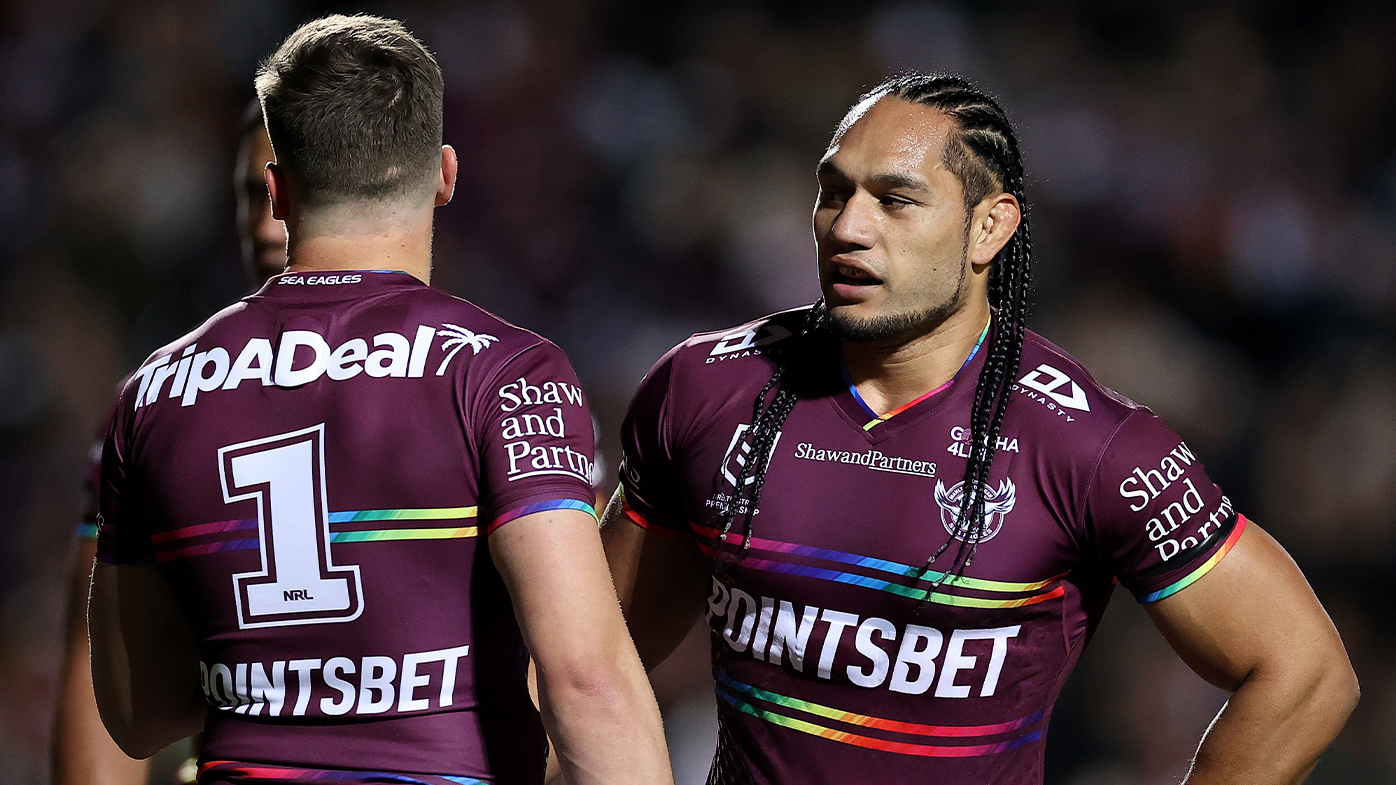 “I could have asked for a release via text message or phone call, but that’s not who I am. I went on two occasions to ask Des for a release. Unfortunately, it wasn’t granted.

“Des had his reasons. Obviously you get frustrated when people don’t meet you where you’re at with your journey.

“It was more frustrating with how it unravelled. I went to ask the club around the same time there was the rainbow jersey [issue], then I had a family member die suddenly and I had to go to Melbourne [for the funeral].”

Taupau might still end up at Parramatta but with a level of uncertainty over the 2023 salary cap he expects his future to be settled shortly.﻿

Parramatta could yet end up Taupau’s future home with every club still awaiting official confirmation from the NRL about what the 2023 salary cap will be before making a move.

“I’m confident we’ll get a deal done, and ever since I changed to my [carnivore] diet, I’ve felt the fastest, fittest and strongest I’ve been, both mentally and physically,” he said. “We’re close with one club, but there are a few others at the table.”